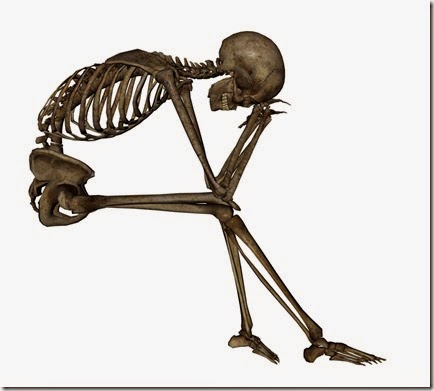 I had a letter on Wednesday asking me to call and make an appointment for a Bone Scan (item 3 on The List) at the hospital. I called and was lucky enough to get a cancellation appt for the next day. I got there for 12.45pm when they gave me a mild (I hope!) radioactive injection. Then I was told to go away and drink 2 pints of liquid before coming back in 3 hours for the actual scan. I joked about downing 2 pints of Guinness expecting a tut tut, but apparently they don’t care what the liquid is as long as you don’t turn up again inebriated! I did have a bottle of water in the car and I downed it along with a very healthy lunch.
After acquainting myself with all the charity shops in Chichester, visiting all the public loos in the city, indulging in a coffee and a prayer at Chichester Cathedral I ambled back to St Richards. When I saw the notice in reception that one of the cameras had broken down I thought that the session would be cancelled but apparently it meant that the bed they lie you down on was out of action and I would have to be scanned in instalments – 5 to be accurate. I had head, chest, hips, legs and arms and got into some pretty amazing positions which would have put a Yoga instructor to shame. After the head one was taken I happened to glance up and saw a glowing skeleton of my head and shoulders on the monitor! Totally fascinating! The Radiographer was laughing as I pointed at it twittering “That’s me up there, not in the flesh”. I guess it’s not a sight most of us ever see, I found it intriguing especially as she told me I was emitting Gamma rays.
Beam me up Scottie!
Although it took more time it was in the end more beneficial to me as each section of my body was scanned at a higher resolution than it would have been with one all over image.
Actually trying to get out of the car park at rush hour took longer than the appointment.
CT scan already arranged for next week – yippee!
I couldn’t help it, this lovely Arthur Wood Teapot meowed at me from the top shelf of a charity shop! 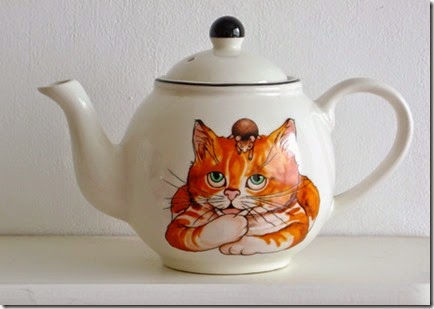 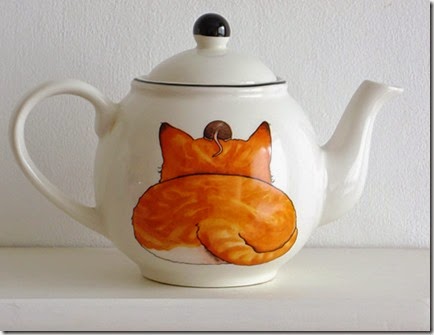 I don’t really need another teapot, but it just makes me smile and when the hilarious image of my glowing skeleton has faded from my memory this little chap will keep me laughing.