I’ve been removed from my dreaded drain and have managed to get my consultant’s OK to go on half medication now. Yippee!  Apparently I was supposed to have been given a spare bag for when the first one filled up. I did wonder about that as it was starting to get heavy and I had visions of having to wheel it around to avoid developing a leaning to the left.

As I was making my way to the hospital exit after being given my freedom I bumped into the lady who was in the bed next to me in the ward. So lovely to see her up and about and looking so well. Big hugs were exchanged. We are hoping that we get to be chemo chums as well, you never know.

I’ve been doing some walking and I’ve even been to the hairdresser to get a new hairstyle! I had a nice pic of a Helen Mirren hairstyle on my Kindle, so I plonked it up against the mirror and my wonderful stylist cut it for me. 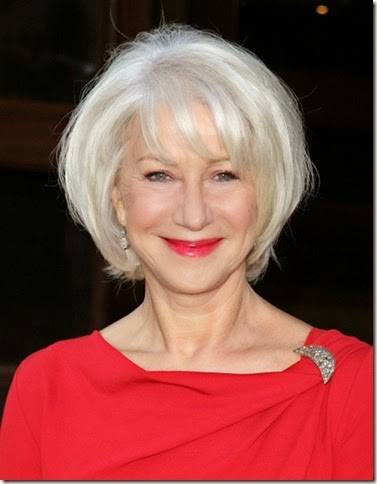 I’m driving now as well, just short hops to the supermarket and my favourite wool shop and cafe, oh and the library as I had a stack of books I’d reserved awaiting collection. I’ve even managed to knit half of a shocking pink woolly sock over the last few evenings as well. Will post a pic of them when finished. Next appointment is next Friday to have the dressing changed. I’m not looking forward to that as it does appear to be welded on and totally bomb proof! Surgical instruments may be required.

The cats have settled down now, except for Daisy my Tortie who seems to be running around playing tag with an invisible cat friend. At 14 she is the oldest but she is also the slimmest, cleverest and the most energetic of my cats (I’m covering the screen, so the others won’t get jealous at what I’ve written).

Now as I hijacked Lynyrd Skynyrd’s classic for my blog title it’s only right to add a link to the original Free Bird.
This is Free Bird being performed on The Old Grey Whistle Test in 1975.
https://www.youtube.com/watch?v=XXVa3ibi6i8