I never knew it was possible to hold my breath for an hour but that’s what it seems when I’m watching the new series of Line of Duty currently airing on BBC2. Keeley Hawes, Martin Compston, Vicky McClure and Adrian Dunbar are the main actors. 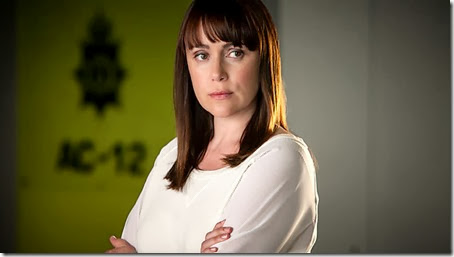 In short the plot involves the not very popular DI Lindsay Denton (Keeley Hawes) who is charged with murder following the murders of a protected witness and three police officers. 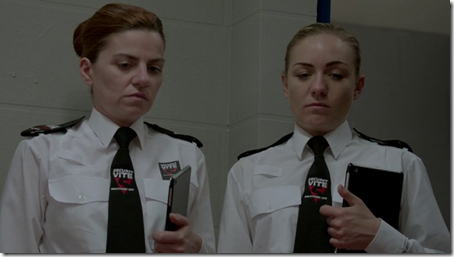 She tries to persuade her colleagues investigating the case that she has been set up by someone within the force and despite being badly beaten on remand by two prison warders who make Bond villains look like pussycats she persists and at the end of the last episode she appears to be getting through to one colleague DS Steve Arnott (Martin Compston). 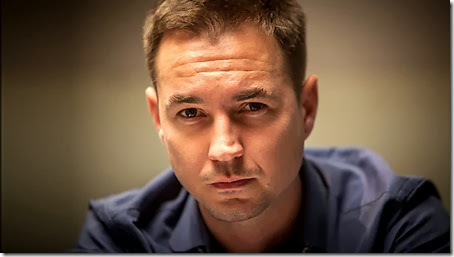 I love how the writer Jed Mercurio gives us glimpses of the characters’ personal lives. How even a police officer can be frustrated by noisy neighbours and who hasn’t wished they could go round and deal with them as DI Denton did. We also get to see a softer side of her with her love of playing the piano and her cat (I’m glad there is a cat!).
We also see Kate Fleming (Vicky McClure) who only sees the world in black and white, utterly convinced at the beginning of DI Denton’s guilt, gradually and very subtly beginning to question her original decision. 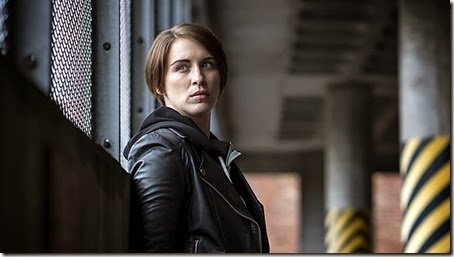 When I watch her I have this insane wish that someone would just tickle her or tell a funny joke just to see if she’s physically capable of having a good laugh.
Jed Mercurio has put his characters through some very harrowing scenes – the boiling water on the hands, 2 of them set on fire, an officer’s head pushed down the toilet. Not a programme to watch if you are in to fluffy bunnies but definitely one to watch if you want to be thrilled, angry, frustrated at unfair treatment or you just want to watch a damned good story!
I sincerely hope that in the next round of TV Awards Joe Mercurio and Keeley Hawes are remembered for this wonderful series.

1 thought on “Watching the Detective”